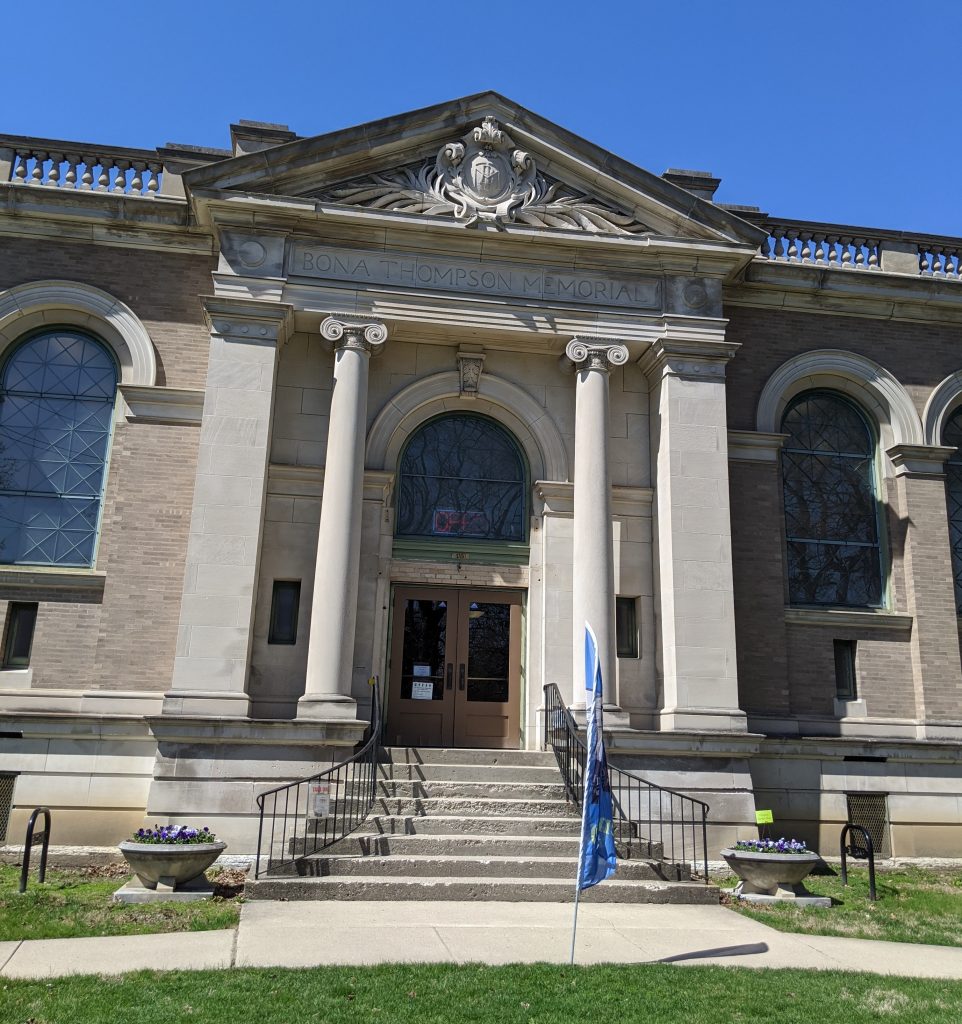 The Irvington Historical Society was founded in 1964 to document and collect the history of Irvington, Indianapolis, Indiana’s first planned suburb.  Initially, the Society and their archives were housed in the Benton House, but as the collection of art and materials grew, the home of the society moved to the Brown Branch of the Indianapolis Public Library.

In 1999, with the aid of grants and bequests from the Central Indiana Community Foundation, Nina Mason Pulliam Charitable Trust, Indiana Landmarks, Indiana DNR-DHPA, Nicholas Noyes Foundation, and Build Indiana Fund, the society was able to undertake the restoration of the Bona Thompson Center. The restoration has been recognized with awards from U.S. Department of the Interior, Indiana Landmarks, and the Indianapolis-Marion County Historical Society. In October 2002, the Irvington Historical Society opened the newly restored Bona Thompson Memorial Center as its permanent home.

Who was Bona Thompson? 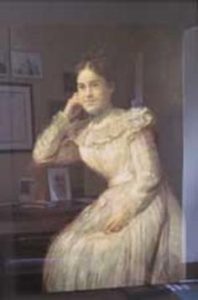 Bona Thompson was born, May 17, 1878 in Edinburgh, Indiana.  Her father, Edward Carvin Thompson, was the grandson of Alexander Thompson who laid out that Johnson County community in 1822.  At the time of her birth, the family was engaged in extensive banking, cattle, and commercial interests in Blue River Township. Bona’s mother, Mary Pruitt Thompson, was the daughter of Johnson County pioneers John J. and Jane Pruitt.  Bona was an only child as her two older siblings, Maurice and Belle, died in early childhood.

In 1890, as was the custom of the day, Edward Thompson relocated his wife and daughter to the Indianapolis suburb of Irvington so Bona could complete her high school training and attend Butler College while residing at home.  The grand house and grounds was the former residence of James Downey located at the southeast corner of Downey and University Avenues just east of the Butler campus (no longer there).

She graduated from Butler in 1897.  During her college years, she was a member of Kappa Kappa Gamma, Mu Chapter, and, “ . . . was known for her brightness and cheerfulness of her disposition.  She made friends easily . . .”  She briefly attended Wellesley College after her graduation, but could not complete her studies because of ill health.  Bona also served as treasurer of the local chapter of the Daughters Of The American Revolution.

In 1899, shortly after returning from a European trip, Bona died on October 12th of typhoid fever.  Devastated by her death, Mr. and Mrs. Thompson gave over $40,000 in cash and land to Butler for the construction of a library building in her memory.  It was erected on the northwest corner of Downey and University Avenues directly opposite the Thompson home.  Tragically, both of the Thompsons died in 1902 while the library was still under construction.  At its dedication in December 1903, Edward’s brother John Thompson represented the family.  John’s grandson attended the rededication in 2002.

In addition to the Bona Thompson Memorial, Bona has been remembered with a street name.  However, instead of selecting a peaceful tree-lined way, the city council representative at the time had the street paralleling the Pennsylvania Railroad renamed Bonna Avenue in her honor, but the name is misspelled because he relied on the pronunciation of her name.