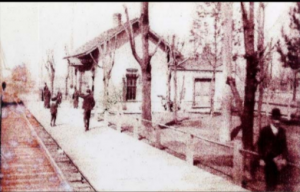 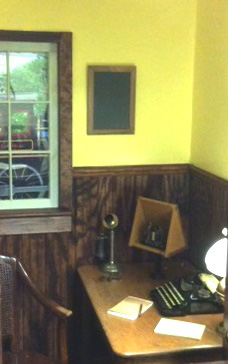 The Irvington Depot, located near the intersection of South Audubon and Bonna Avenues, opened in 1873. In 1876 the Indianapolis Journal reported that a telegraph office would be established in the Depot with John Sim, Jr. as operator. Four years later, the Pennsylvania Railroad hired the 24-year-old George W. Russell to run the new Irvington Depot. He served as the station manager, telegrapher and town postmaster for over three decades.

Telegraphy, which was developed during the 19th century, was a method for transmitting and
receiving messages over a distance using Morse code. When the Sounder started clicking, the
telegrapher would quickly translate the message before typing it up on a telegraph form. Neighborhood boys often served as messengers to deliver the telegram to the recipients.

As railroads spread west, telegraph lines traveled with them, running their wires alongside the railway tracks. Most railway depots included a Western Union Telegraph office, the best-known U.S. telegraph company. By 1900, Western Union operated a million miles of telegraph lines and transmitted over 63.2 million messages annually.

During the Civil War, Western Union charged approximately $1.09 for transmitting a message, but by 1900, that cost had fallen to just 30¢.

Both a young Thomas A. Edison and the Irvington artist, Frederick Polley, worked for a while as telegraphers in Indianapolis.

The Morse code signaling alphabet was developed by Samuel Morse in 1838. 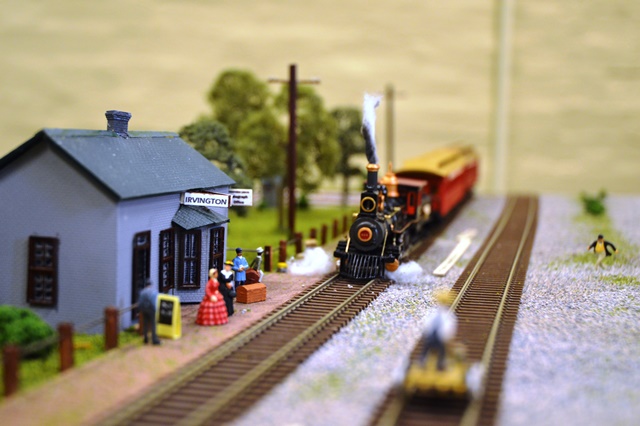