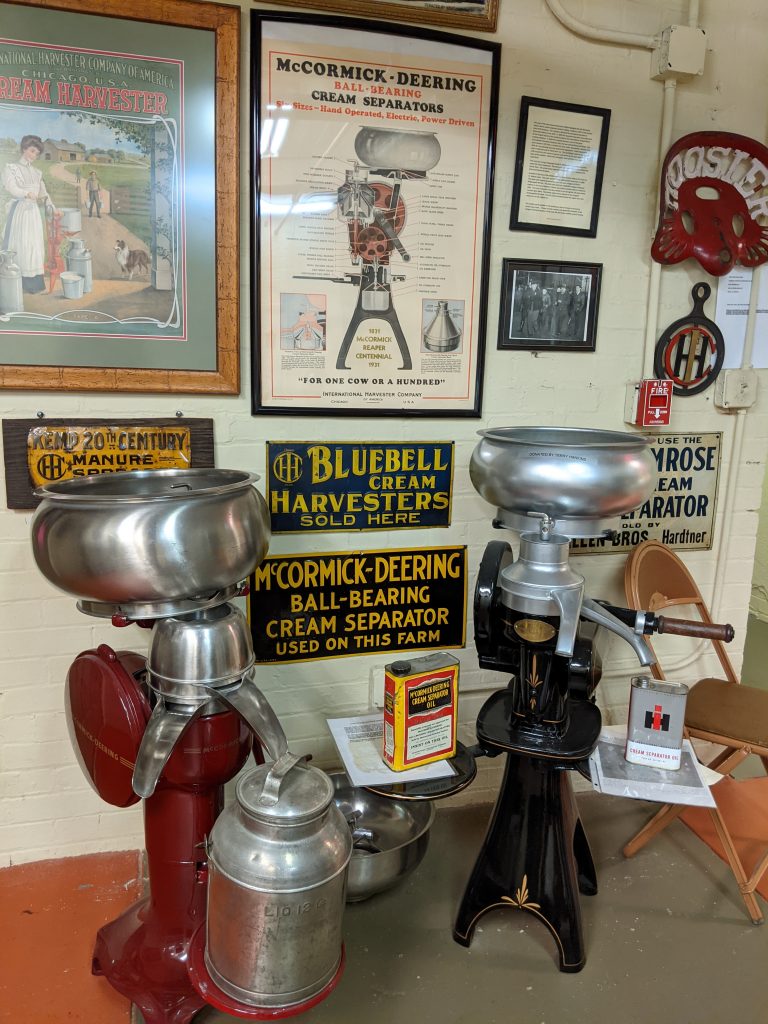 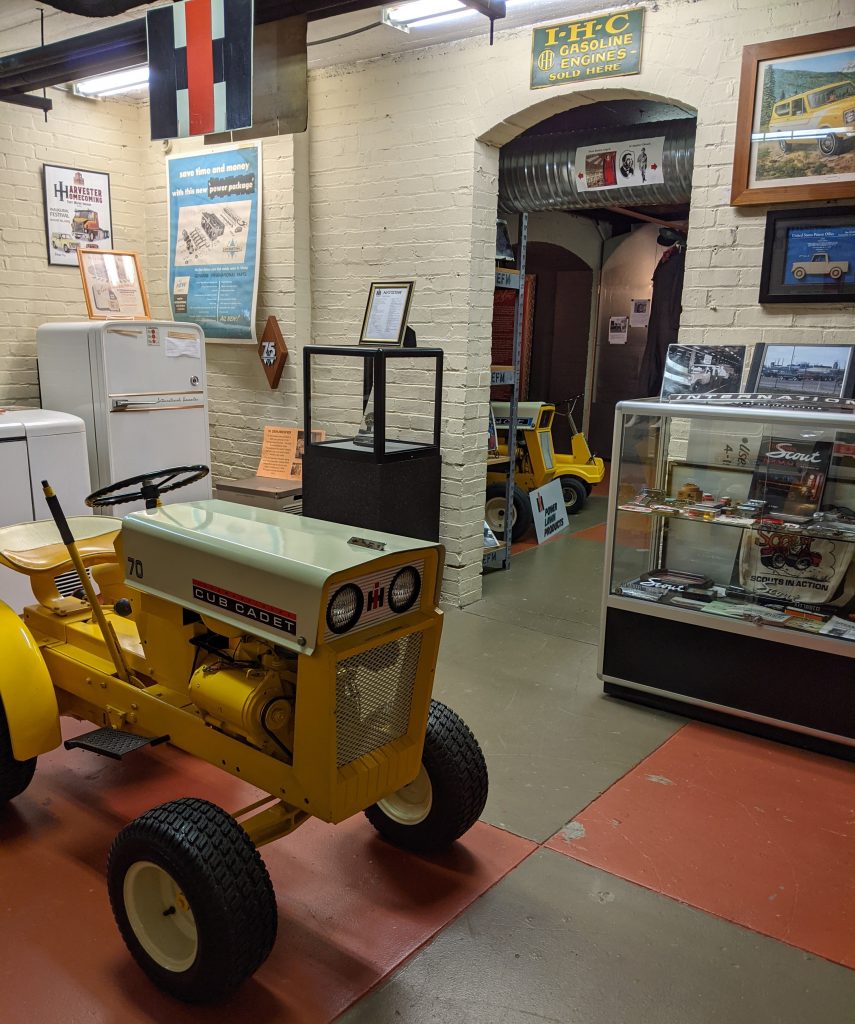 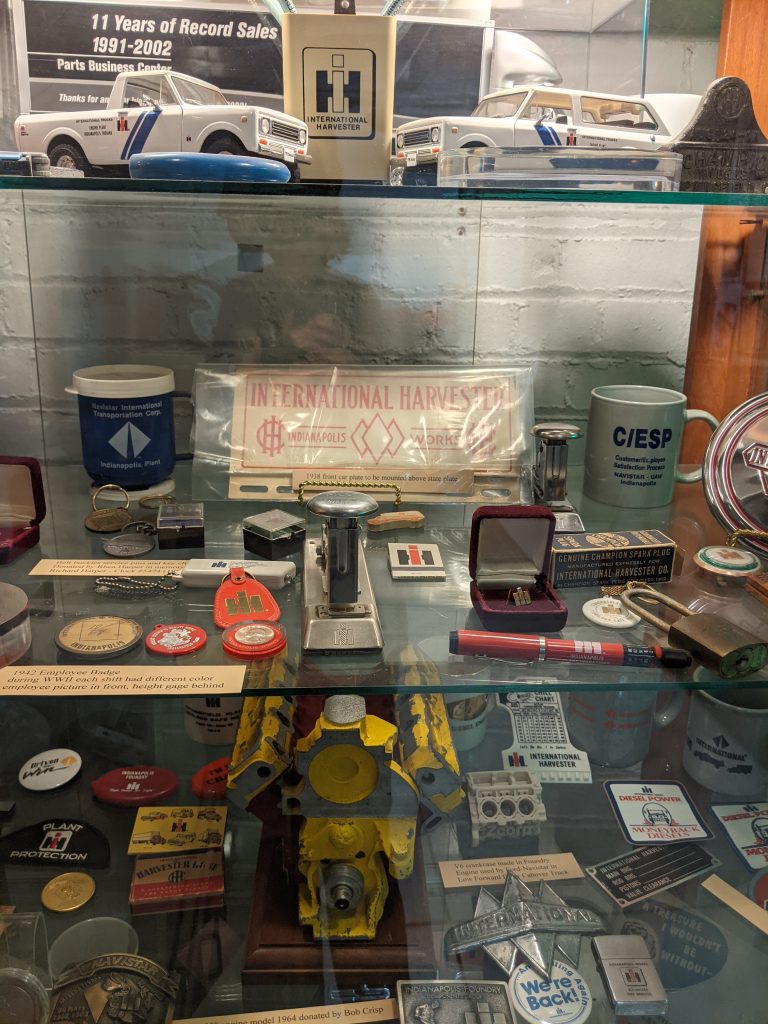 The International Harvester Plant was located at 5565 Brookville Road.

When you pass 5565 Brookville Road there is no sign of either the lovely farmhouse built by the Shimers in 1874 nor the industrial complex that came after it.  Fidelity Farm was a showplace and the home of a large, interesting, and long-lived family.

The Shimer family predates Irvington, purchasing 240 acres of farmland along the Brookville Road, in 1829.  They eventually built a beautiful Italianate dwelling near the intersection of South Audubon and Brookville Roads. The house was described as a two-story brick with thirteen rooms and large bay windows of French plate glass.

Corydon Shimer, the youngest son, inherited the land and farmed there well into the twentieth century.  Under his direction, Fidelity Farm was known for its prize Jersey cattle and boasted a race track used to exercise horses. For a small fee, on Sundays the public could ride their bicycles around the track. In the summers of 1935 and 1936, a driving range built on the west side of the farm was popular with golfers.

In June 1937, International Harvester began constructing a $4,000,000 plant.  That is equal to more than $71,000,000 today.  The plant would produce engines for International trucks and employ 3,000 workers. The plant took 75 acres of the Fidelity Farm and the house was razed. Following ground breaking, construction proceeded quickly and on February 23, 1938 the first production part, a drive pulley, was turned out. Production and efficiency grew, from initial production of 680 truck engines per day and pouring 300 tons of iron per day, to by the mid-50s production of 960 truck engines a day and pouring 550 tons of iron daily. 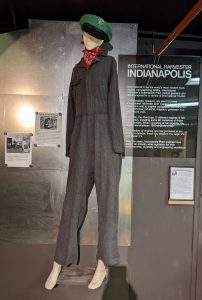 Factory production shifted from civilian to military use a short time after International Harvester opened its Indianapolis engine works. During World War II, the plant made engines to power military vehicles for the United States Army, Navy, and Marine Corps. Gun mounts for the Navy’s Oerlikon anti-aircraft gun and track shoes for the Army’s half-track personnel carrier were also part of the plant’s wartime work. Three Army-Navy “E” awards for “excellence in production” were bestowed on the employees of the Indianapolis facility.  During this period, 75 percent of the workers were women.

The production of engines for civilian use resumed after the war. In 1965 the first diesel engine was manufactured, and nineteen years later the last gasoline engine came off the line. The following year, International Harvester sold its agricultural division, and with only its truck and engine division remaining, the company changed its name to Navistar International in 1986.

Besides providing employment for thousands of Eastsiders and contributing millions to the Warren Township tax base, the Brookville Road plant was a “good corporate citizen and neighbor.” Area high schools benefited from vocational training programs and the company was an annual sponsor of the Irvington Halloween Festival. Today, a visible reminder of this neighborliness is the bust of Washington Irving that stands in Irving Circle Park which was cast in the International Harvester foundry.